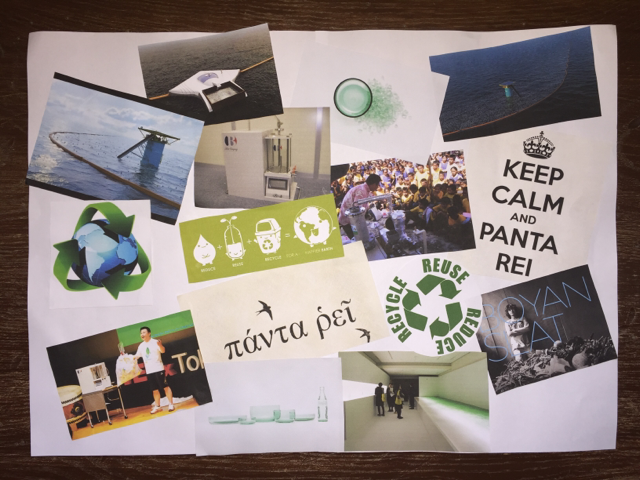 Well, in this moment, in this place and in our world, we are humans which have a colossal responsibility. If we have been made to have this responsibility, we should respect it. In my case I have been lucky because I was brought up in a family that always respected this. What you are asking yourself is what is it? I am going to answer you by saying that it is recycling. I want to be able to explain what we humans did and are doing to take action about this case.

Most of the people in our world are aware of recycling but not all know how to take part in helping to do it. You might think that ancient civilisations did not recycle. I will tell you that you are wrong because people in the past recycled loads of things and materials but differently from the ones we do now.

A conference at the University of Tel Aviv compared forty experts of all around the world. This lifestyle was born more than a million years ago and actually started only seven hundred thousand years later. Homo Erectus and Neanderthal thought in green before anything. From old and broken tools or useless one they built new tools saving time and energy. END_OF_DOCUMENT_TOKEN_TO_BE_REPLACED 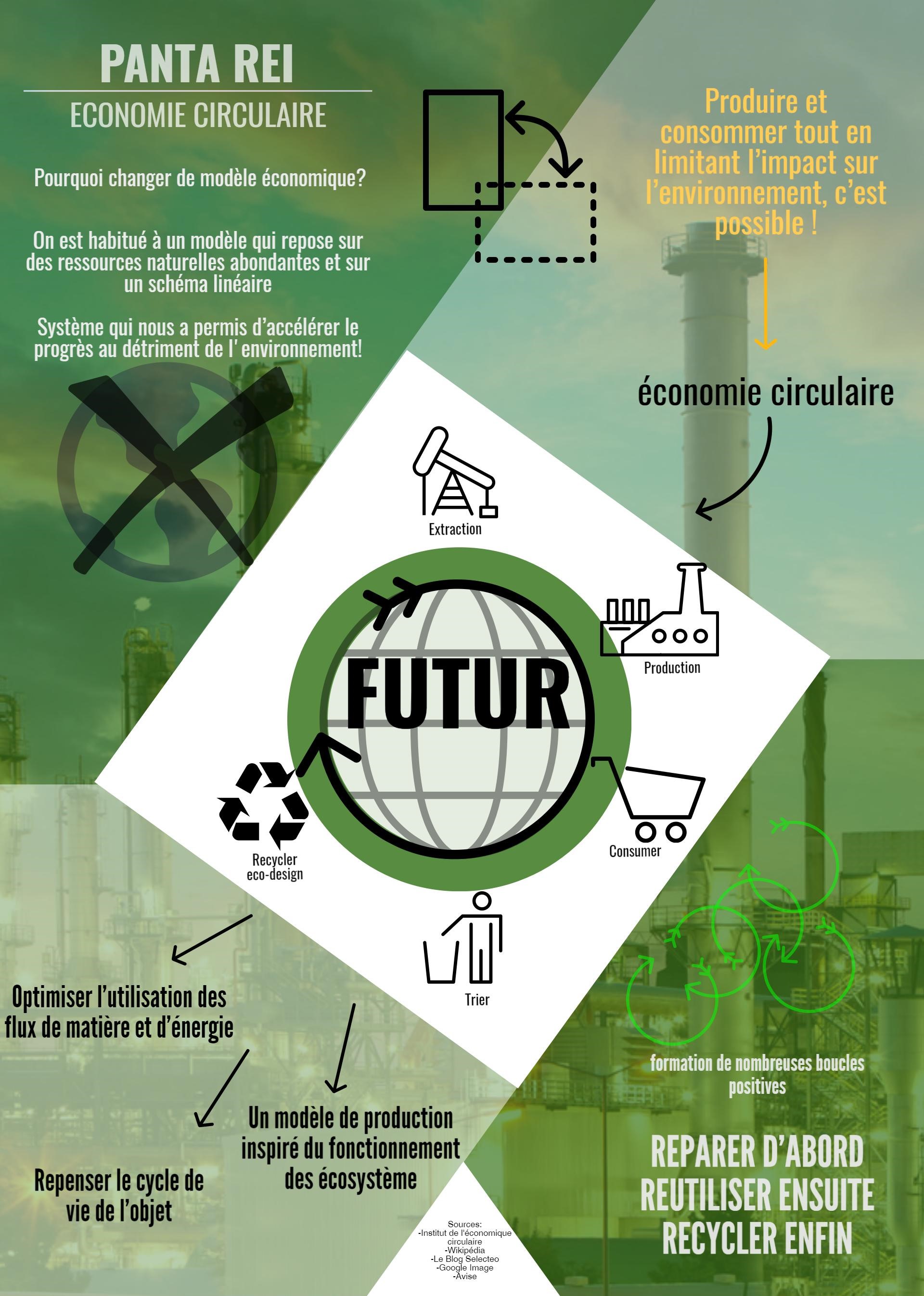 Almost every day an article or a story about Global Warming and climate change is written and published, but apparently everybody is still far from understanding the real entity of the problem and nearly nobody is taking action in order to improve the situation and reduce the impact of its life on climate changes. 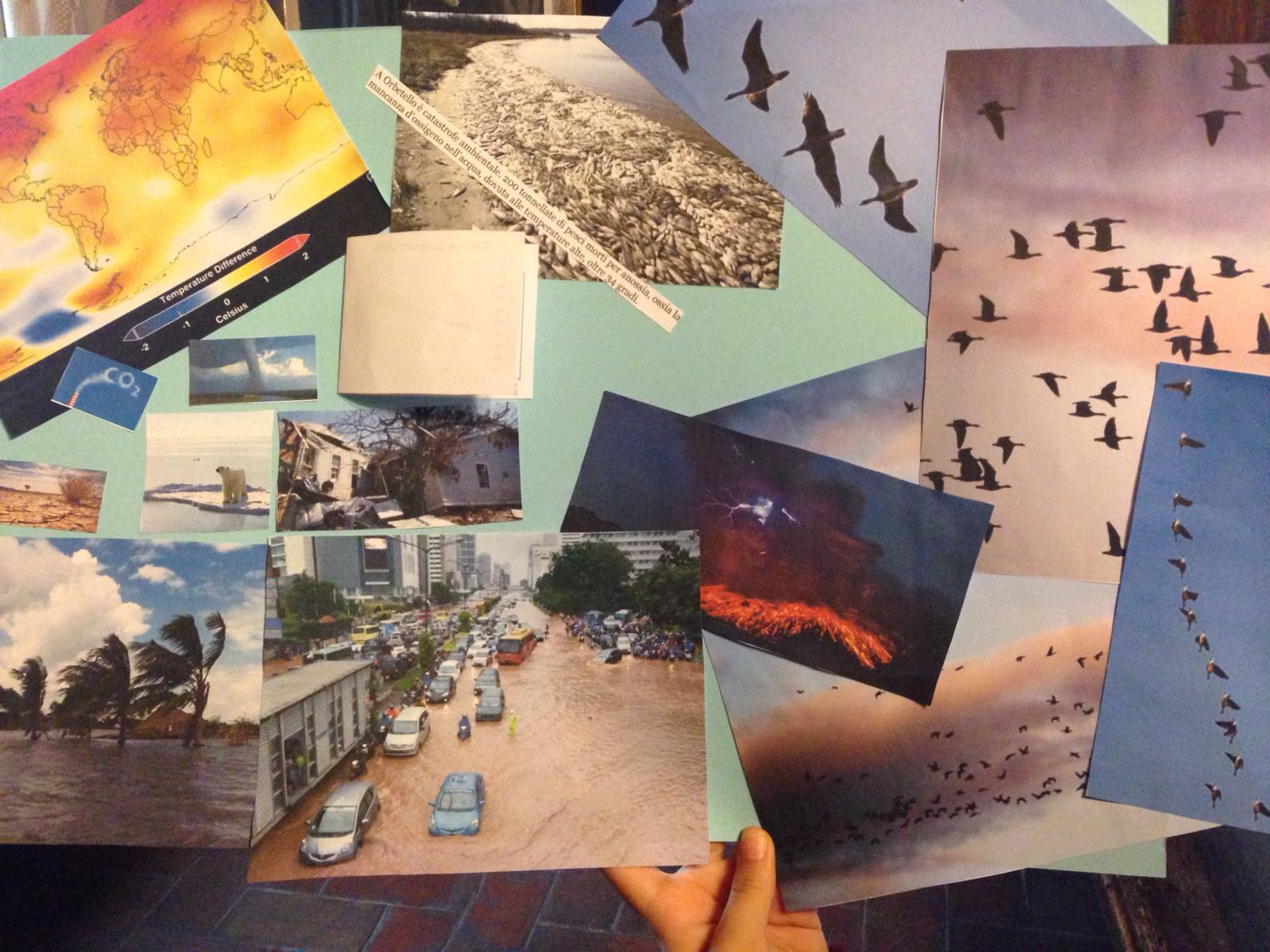 In order to finish the primary years programme at my school, the International School of Siena, my class had to do a project and I choose Global Warming and Climate Change because among my class mates nobody knew about it and nobody cared. I did a lot of research, analysed graphs and charts and I made interviews and questionnaires to roughly 50 people including children and adults and found out that even if a lot of them are worried about this problem, just few are doing something to change the situation.

Because of this, Earth is getting hotter and hotter even if we can’t really see the difference. Since 1900 the world has warmed up by around 0.8°C. By the end of the 21st century Global Warming is likely to increase in the Earth’s temperature of around 2-5°C. There is a 75% chance of a 2-3° warming and a 50% chance of a 5° warming. Scientists think and agree that it is going to be a 3°C warming. Winters are getting shorter and mid seasons are disappearing.

When winters are shorter, birds lay eggs in spring earlier. As an example the North American tree swallow lays its eggs nine days earlier than it did 40 years ago. Studies in Europe and North America found out that some migratory birds arrive to their destination about 10 to 12 days earlier than before. All these changes could mean that there is not enough food for every animal.

Climate change affects a lot on migratory birds because they get confused when they have to migrate. So lots of birds arrive before than they used to do a long time ago and they eat all seeds that other birds should eat so that they get extinct because they do not have any more food.

But if the human being can move and adapt elsewhere, what will it happen to animals? Without mid seasons, migratory animals which have their life dependent on season changes, how will they do? Bird habits are changing and migratory ones are really confused, at least younger animal. Experts report that every year flights are anticipated and the main cause is exactly climate changes. Oldest birds keep on having the same habit reaching their destination as usual, younger birds anticipate by more than a month. We assist to a clear acceleration in biological rhythms and young birds reach the perfect shape to face their long journey one month in advance. We actually do not need scientists to discover and monitor this.

I am lucky because I live in a wonderful area in Tuscany, where there is no pollution, there is a lot of green and life is good.

But every year I used to see big storm of birds, group of ducks or herons periodically flying above my head, and today I see them only occasionally. Until two years ago a stork regularly came to my garden to stay for a while and to eat some of the red fishes in my fountain, but I do not see it anymore. Which is good for the red fishes living in the tub, but I begun wondering why. Sometimes it happens to me to see weird coloured birds through my windows. Looking at them closely they are little parrots! The first time I saw them I could not believe it, then I had to convince myself. One of them is so fond of bread crumbs I leave him every morning on my window sill that he became a friend of mine and I gave him the name Chip!

Also interviewing hunters in my area, they say that during the last 2/3 years it is very difficult to see woodcock (a type of bird), or if you see one it is in the wrong period of the year when hunting is forbidden. This is good to me because I do not like hunters killing animals, but it is very bad because it means something is really changing.

It is not just a matter of timing, some migratory birds are following different routes, and for some of them this is a disaster because they do not find the ideal conditions to reproduce or survive.

On top of these, extreme phenomena such drought or floods occur more frequently causing disasters for all animals, sometimes even killing some species as well reported by WWF.

So steps to reduce Global Warming and what we kids could do are:

·        If there is a school bus, it is better using it rather everyone taking its own car using less fossil fuels

I think they will work and all children should take action to make understand powerful men governing our countries that we are the future and this is our planet, with our animals, and we all do not want they will disappear and we prefer they can live healthy in harmony with human being for a better future.

For adults it is all an economic matter, but at 10 years old when I hear such things I wonder why they do not take care of children interest that will be adult in the future. 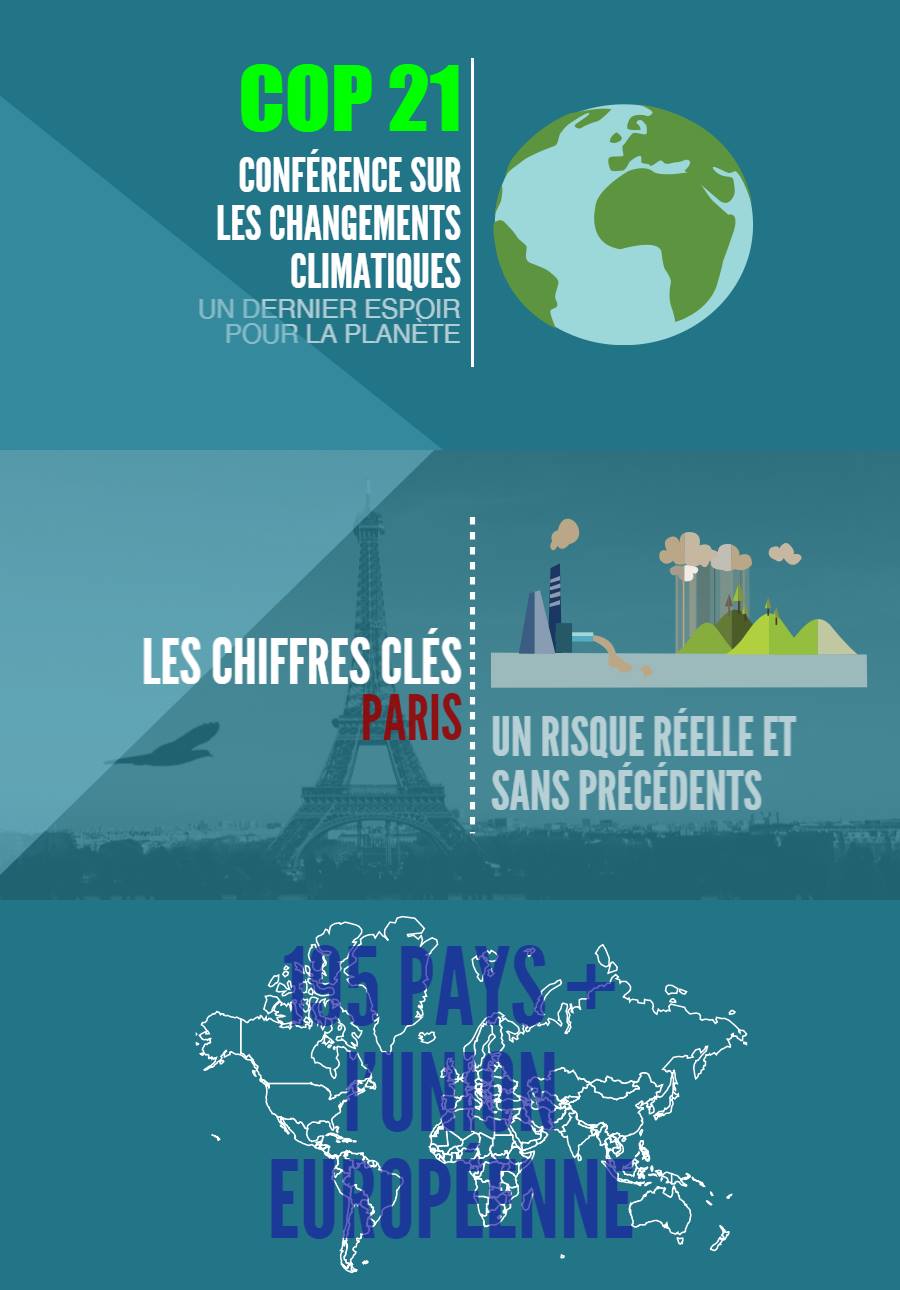 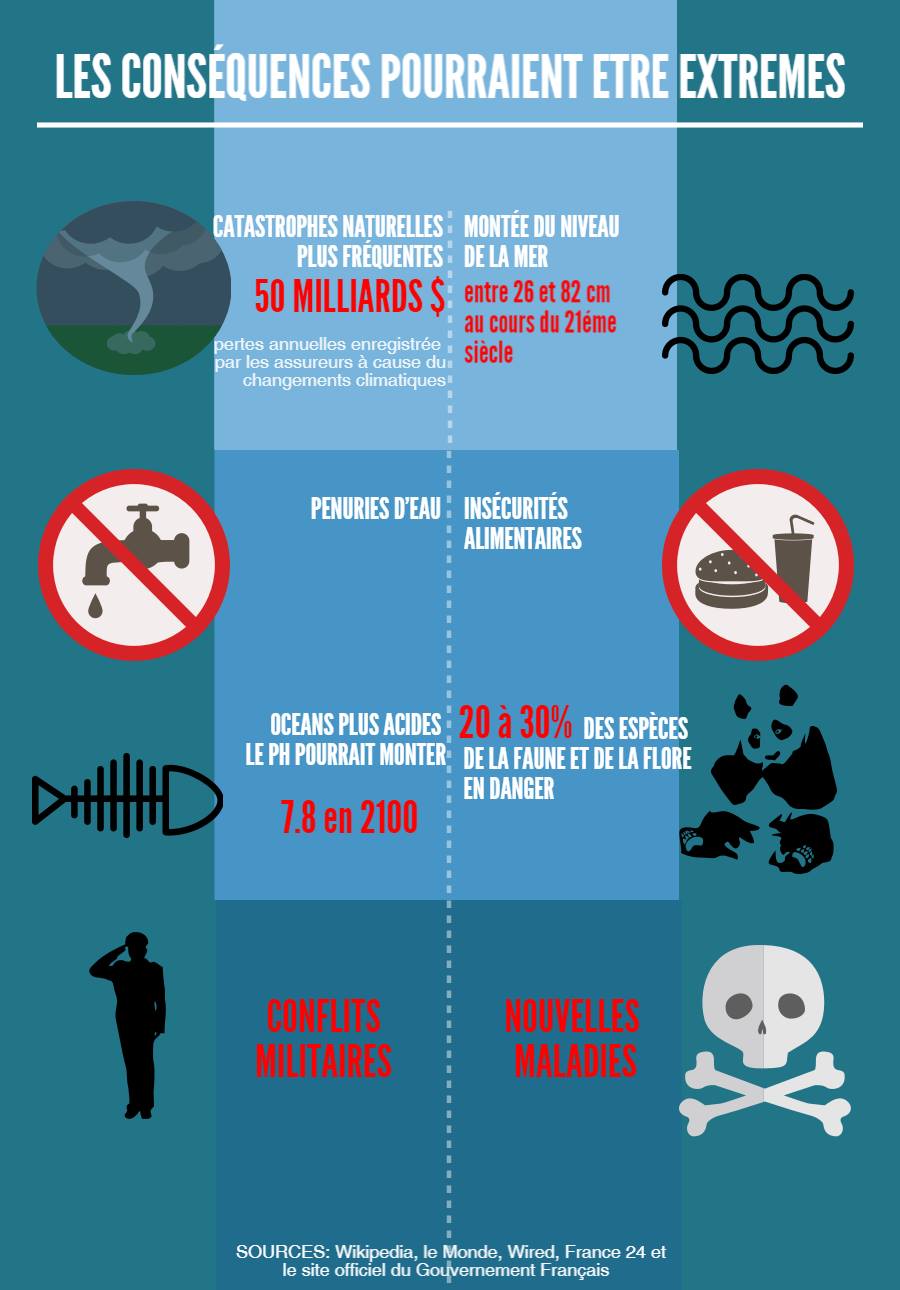 We have transformed rubbish into art, collecting material from the shores of Lake Bracciano, to create a sculpture in the shape of a swan to then exhibit at anchor in the very same lake; furthermore, we sang a song of nature, composing melodies and rhymes for a song on the theme of ecology; our goal is to launch a universal message of love for the Earth.

Interviews / Year 7 class
Why have you created a sculpture in a shape of a swan?
Giorgia: Because it represents beauty. We want to show everyone that it is possible to turn rubbish into something useful and beautiful.
Who had the idea?
Andrea: One of our classmates had the idea and we immediately liked it.
What kind of materials did you use to make the swan?
Filippo: We used the materials collected from the shores of the very same lake, like bottles and styrofoam.
How did you write the song La natura porta felicità? Which melody inspired you?
Leonardo: We wrote it together with our Music Teacher’s support and by following our feelings.
Interviews / President of Girovelando Sailing Association
What do you think about this project?
Amodei: I think it is a project that can help children like you to be sensitive to nature.
Why do you support this initiative?
Amodei: We support it because as a Sailing Association we think that sailing could be a way to respect the environment.
Interview / Laccisaglia and Pellitteri: Infostress Cultural Association
What do you think about this project?
Laccisaglia: I think it is an important activity that helps children to socialise and effectively learn new things together by respecting the environment.
Why do you support this initiative?
Pellitteri: Because we think that this kind of project allows you to practically in experiment what it means to socialise, to respect nature and it helps to give you a personal responsibility enjoying freedom and creativity, on the subject of life and well-being. 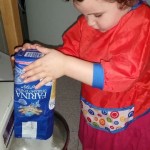 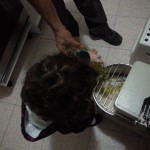 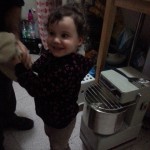 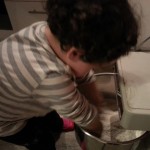 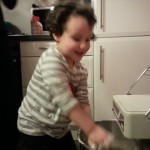 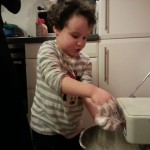 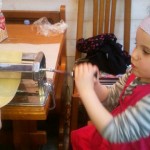 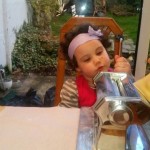 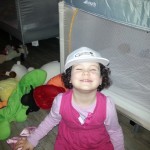 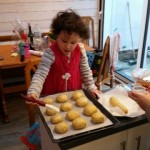 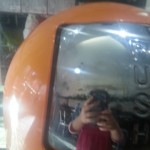 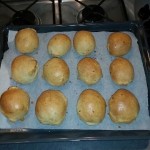 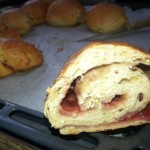 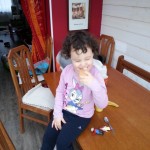 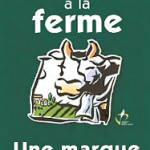